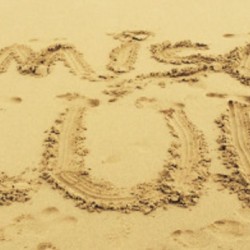 North East theatre companies Camisado Club and Eggman Theatre have been selected for this year’s Bridging the Gap scheme.

The two companies were selected by the seven venues supporting the scheme after submitting successful applications for their work to be considered.

Now both companies will work with the venues over the next few months to develop new productions, which will be presented in the autumn.

Camisado Club will be developing You, Me & Everything Else; a show based on themes of exploration and the wider contexts of the universe. After researching into The Pale Blue Dot, a photograph of the Earth taken in 1990 at a record 6 billion kilometres from Earth, Camisado Club have investigated the studies of Carl Sagan and his book by the same title, looking into the insignificance of the world in the wider context of our universe. The show will ultimately look at what we do with the powers that are already available to us and how we chose to live life with this knowledge.

Lauren Hurwood from Camisado Club commented: “Camisado Club are thrilled to be part of Bridging the Gap. We are incredibly excited to be making our new show ‘You Me and Everything Else’ with ARC Stockton, Northern Stage, Customs House and The Maltings. The support offered to us from the scheme as an emerging company is invaluable, thank you so much! We can’t wait to get started!”

Eggman Theatre will produce their first show, Baggage; a devised exploration of the things we carry. The show will present themes of identity, moving on from the past and realising the ability to discover a sense of hope and belonging regardless of past experiences. Eggman Theatre want to create a show which invites people to explore their own baggage and emotional attachments through movement, multi-media and a live musical accompaniment.

Pip Chamberlain from Eggman Theatre said: “Eggman Theatre is eggs-tremely (excuse the pun) delighted to have been chosen for Bridging The Gap this year. The amount of advice and support that is on offer in terms of development and mentoring is just phenomenal. What was just a simple idea scribbled on a napkin will now be nurtured, developed and produced into a touring production here in the North East.

“There is a strong network of independent theatre Companies in the region and it’s encouraging that schemes like NEAD and Bridging the Gap exist to help emerging artists and companies develop their work.

“The amount of in-kind support that Eggman has already received from venues such as Arts Centre Washington, ARC and Live Theatre has been extraordinary. We can’t thank them enough.”

Development work for both shows will begin in August with performances planned for September and early October, more announcements and updates on performance dates are due over the coming months.

Annabel Turpin, Chief Executive of ARC, who coordinate the scheme, commented on their selection:

“The quality of applications we received to the scheme this year was very high, and it is exciting to see so much potential new work in the region. However, ultimately we could only choose two companies for this year’s scheme. The panel, which included representatives from the partner venues, felt that the proposals from Camisado Club and Eggman Theatre both had strong ideas that would be of interest to our audiences. We are really looking forward to working with the companies to help realise their ideas.”

Now in its sixth year, Bridging the Gap is an initiative designed to aid the creation of new theatre work within the North East region.