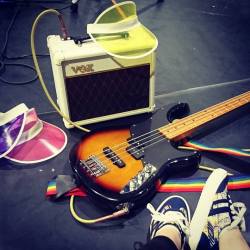 Those of you who follow Camisado Club might have noticed us shouting about a bursary we have been very lucky and thrilled to receive from MGCfutures.  It was officially announced in November 2016 and since then we’ve been giddily beavering away, plotting and scheming.

Now, we’re terribly excited to announce our plans for our bursary money!

We’ll be working with four exciting mentors for a week each and, after lots of searching, we’re feeling very privileged and a tiny bit smug to announce who they are.

Rosa trained in theatre at Middlesex University, London; RESAD, Madrid; and Jacques Lecoq Theatre School, Paris. She also trained in Theatre of the Oppressed and Forum Theatre at CTO Paris, and with Cardboard Citizens in London.

A very physical performer, director and facilitator, her performance work has mostly been in new, devised pieces of theatre/dance-theatre, which have taken her around the UK, Canada, Europe and Africa. Rosa is an advocate of theatre as an agent of change, empowerment and engagement. Much of her work has been to use drama with marginalised groups, such as street children in Ghana and Senegal, and young people and other community groups facing various barriers, here in the North East.

Kate is a director with a background in devised and interactive work. She trained with Philippe Gaulier.

As Assistant/ Researcher: ‘Minefield’ (LIFT), ‘Trojan Women’ (Gate), ‘Tell them that I am Young and Beautiful’ (Arcola), ‘Third Ring Out’ (METIS)

She has an interest in Latin American theatre and is a member of Out of the Wings translation collective at Kings College. She was a finalist in the JMK award 2012 and 2014, Associate at Company of Angels (2013-2016), and Creative Associate at the Gate Theatre.

Pippa works with all things voice. She began her studies at Dartington College of Arts. She then trained on ‘The Knack’ at English National Opera’s Baylis Programme under the guidance of creative director/mezzo-soprano Mary King, director Rufus Norris, and opera directors Maxine Braham and Leah Hausman. Pippa was then accepted on to the postgraduate/professional acting training programme at The Academy Drama School, London.

Pippa was Head of Voice at Sage Gateshead’s Weekend School. As a qualified lecturer, she worked at New College Durham as part of the performing arts/music team. She is now a performance coach at Newcastle University,  in addition, she runs workshops and masterclasses for the speaking and singing voice, she also has a busy private practice working with young people who aspire to be professional actors or singers and professionals who use their voice for a living.

Nick is the Associate Director of the Liverpool Everyman & Playhouse.

Nick has recently directed The Conquest of The South Pole by Manfred Karge and is currently in rehearsals for Romeo and Juliet as part of the Liverpool Everyman new REP company season.

Nick directed Two Gentlemen Of Verona at Shakesepeare’s Globe as part of Emma Rice’s first season as Artistic Director; the production toured to venues in the UK, Sweden, Norway, Denmark, Hungary and Austria from May 2016.

Quite a bunch, eh?

As well as imparting their wisdom to us, our brilliant mentors are also going to be spending their time with us R&D-ing our new show… which may or may not involve Bob’s musical hands:

@TheLetterRoom you must be so proud to have us as your little sibs? #musicaltalent #watchout pic.twitter.com/FtIEl8wcJL 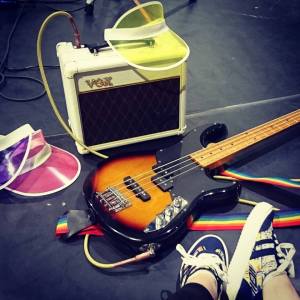 and glitter… lots of glitter.