Sometimes it’s not about what you’ve done, or what you’ve seen, or what you’ve been thinking. It’s about what you listened to. That’s my really cryptic way of saying – I didn’t have much to say this week. So instead I put together this mixtape. Soundtracking our games and explorations and making during rehearsals is a integral part of how we make work often we use it as way to get the company into a creative common headspace.

For this mix I  gathered songs that somehow and in someway touch on the idea of ‘journeys, traveling and adventure’ .  I mostly listen to music on the move. On the way to work, journeying between meetings or waiting in train stations.  I hope it captures a little bit of what being in my head has felt and sounded like for the last month or so.

(Also we may have mentioned that we’re currently asking people to help us finance our autumn tour. Had we mentioned that? Good, I thought so. There’s been an immense amount of kindness shown already and we’re totally balled over by it. One of the rewards on Wefund is a personal mixtape put together with cover art – this is a little sneak of what that might look like. But back to the main event.)

I’ve provided a little commentary here and there about particular meanings or feelings the songs trigger but I think the best way to experience any mix is to just let it play. Maybe you’re in the kitchen cooking or have some chores to do. Perhaps you’ve got some e-mails to catch up on or need some time to finish that article, book, thought. Whatever. Just press click here and let the music play.

Traveling music. It immediately brings to mind empty midnight streets or cities& countryside slurring past a train window. It feels fresh and crisp like stepping out your front door into the soft haze of a chilly autumn day. It’s a six am taxi ride either home from  a night of sweaty bodies and dim lights, or heading out into the world for adventures. We used during our first performance together and as such this has traveled with me. Both consciously and unknowingly.

We all need a song that makes us feel like today is the today we came to conquer. Which makes us feel we’ve got it down, on lock and noone can mess with how good you feel about yourself right now. With it’s jaunty horns, Le1f’s slick rapping style, camp street confidence ‘Wut’ is all about knowing what it is, what is what and what is up. People might be staring as swagger along but let them look because today is your day.

You can probably imagine how how deeply this song resonated with skint, hedonistic and idealistic eighteen year-old me. Craving an escape from the deadend midlands town I grew up in. This song documents by pure co-incidence (well, actually, clever song writing) in  it’s lyrics our misadventures and our boundless optimism, I guess. It’s about beauty and strength in these moments of indecision and monotony.

The words ‘Work all day, little to no pay. Dance up-town right down to the gutter.’ still fill me with that ridiculous teenage rush. I’ve been listening to it a lot lately, thinking about the hustle it takes to pay the rent and to find joy and reckless abandon. How important that is. Growing up isn’t easy and this song puts me back in a place of relentless ambition, uncensored creativity and knowing the pleasure of risk.

5.LA ROUX – LET ME DOWN GENTLY

Sad news from home, a few set-backs and a lot of uncertain have been playing on my mind a lot recently. And maybe that makes this song bit self-indulgent or mawkish. But there’s a moment when the synths soar, the drum-loops crash in and the guitar cries out and you realise this song is as much about triumph as it loss. Recognising that the heartache, disappointment is all just fuel for the fire. And that makes me want to dance and sing.

This song is really good to take a moment to survey the street you’re walking down. No one on it will be as sassy as you are. None of the cars know what’s going on inside your headphones. It’s brilliant to makes weave through traffic, zoom in and out between the cars and don’t be too worried if they beep their horns because you snuck up on them. You are a child of destiny made to sashay and shantay. It’s all about attitude. An unofficial Camisado anthem in my eyes, each time we hit the stage, we come with all the cool presence and soulful heart of this song.

8.KATE BUSH – RUNNING UP THAT HILL (DEAL WITH GOD)

The Voyager Golden Record, attached to the Voyager spacecraft was launched into space in 1977 as representing. Intended as a comprehensive overview of human achievement and condition for any intelligent extraterrestrial life form, or for future humans, who may find them. It includes 116 images and a variety of natural sounds, such as those made by surf, wind, thunder and animals, spoken greetings in 55 ancient and modern languages, several recordings music from across the world and this song. At the time of writing it is about 19,390,605,018 KM from Earth and travelling out in interstellar space. Still waiting to be discovered.And that’s pretty incredible when you think about it. You can listen to everything included on the record here.) 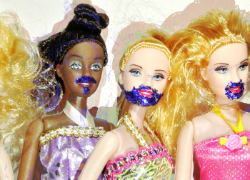